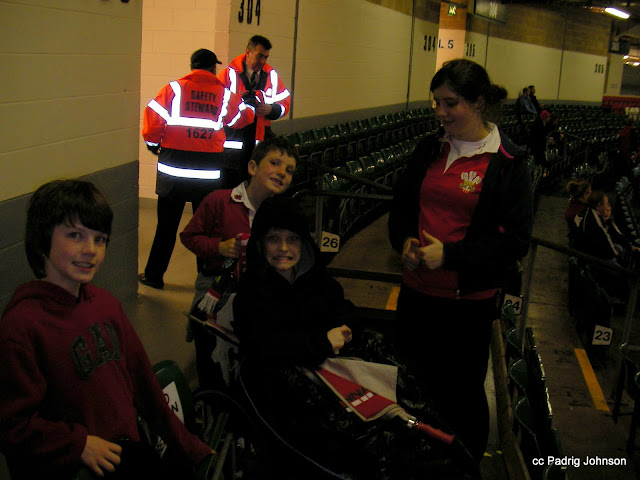 Re. photo... we were nice and early for the match - the stadium was actually quite full - around 59000 - with lots and lots of children because of the reduced ticket prices.
Pads has had another active day. He was very lively with two of his old school chums who came over to play on the wii with him - so much so that he was ill right in front of them because he became so excited! Eventually they tired of playing and the rain stopped so they went for a restrained dog walk, but it was still fairly exhausting for Pads.
We were out this evening with friends so he enjoyed their wii too! Sadly there is no video of him doing a wii-induced hoola!
at 11:31 PM