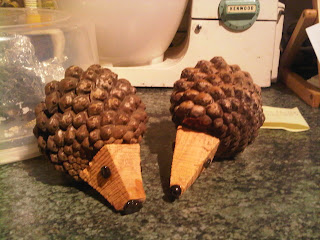 Pads was having breakthrough pain a bit too often this morning. At one point it became clear that moving his head alleviated the pain - perhaps this was a sign that pressure was building and being released? The medical team came back with increasing his patch to 75ug, another batch of the fentanyl melts (because the 'high street' pharmacy provided us with really sour ones that Pads says taste horrible, and only a week's supply - as if they think we're going to 'flog' them on ebay) and a 3-day dose of steroids. The latter dampens down an inflammatory response, so this should help if there is a spike in intercranial pressure causing the pain.
The tutor couldn't get out of her cul-de-sac today, but he still had to get up to meet the OT. The LATCH social worker had called her in to assess our bath. I have been concerned that, since he's grown, if he slips, whoever was helping him out might end up in the bath with him!
Then it was time for Pod (all the way from near Aberystwyth!). She's worked out that Pads likes animals and making them with tools. So he was drilling and glue-gunning some hedgehogs. Then he started work on an owl - that's what he was trying to make with his uncle a couple of years ago.
Pod was getting Pad to name the models. Last week's bird was 'Toes', although she'd thought he'd said 'Toast'.

Sent from my BlackBerry® wireless device
at 1:19 AM