Thankfully Pads has not been needing more breakthrough pain relief since yesterday morning - one dose. The medical team arrived to review him and decided not to increase the dose again so soon. The fact is that he's not being woken up by the pain. There was a hint of redness at the infusion site which may lead to less efficient absorbsion of the pain relieving drug so the needle and its location was changed.
We had quite a night of it yesterday evening. Ally was walking to her hair appointment and collided with a tree (not while reading a phone!). The folks at Rehab Hair Repair did more than fix hair that day. They were very kind and patched her up with steri-strips and proceeded with the haircut on her insistence. Ally needed 11 stitches above her eyebrow and got back at 7:45pm, having left at 4pm! Meanwhile, having processed the smalls (got Bo out to piano, given them dinner before they left for Tai Kwon Do), I got distracted by the gazebo listing badly. The wind had dropped off, as forecast, but a gust had come and one of the legs was horribly bent. I was out for 15 minutes. 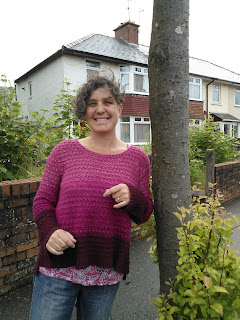 When I got back into the house, Moli was there wide-eyed because Padi had been calling me and had become panicked. He only wanted a cup of tea but became very scared when he called and no-one came. I apologised and vowed not to let it happen again. It gave me some insight into how hard it is for him to be so physically limited. He was saying how much he is loath to have to ask for _everything_. He has repined that he's 'a rubbish Christian' but the patience with which he carries his burden is as astonishing as it is fulsome.With eternity in view though, as much as his world is contracted, the anticipation of glory provides an expanding vista of immense proportions and portent. The time 'when I soar through tracts unknown' is fast approaching all of us. Oh may we all be found in that 'Rock of Ages'!

PS - everyone wants to know how the tree is. The tree is fine, pretty solid in fact.
at 9:35 AM