We continue to edge forward with some trepidation thinking about these events in prospect. We had a few different offers and suggestions about how to spend the first Christmas with Padi in glory. The main priority was to avoid stress (thus we sent no Christmas cards this year - sorry! Thanks for remembering to send to us!) so we even considered going to a carvery but the expense was exorbitant and prohibitive. We ended up as we had planned at the very start with just the five of us. This was by far the best since we could go at our own pace, enjoy our own company. 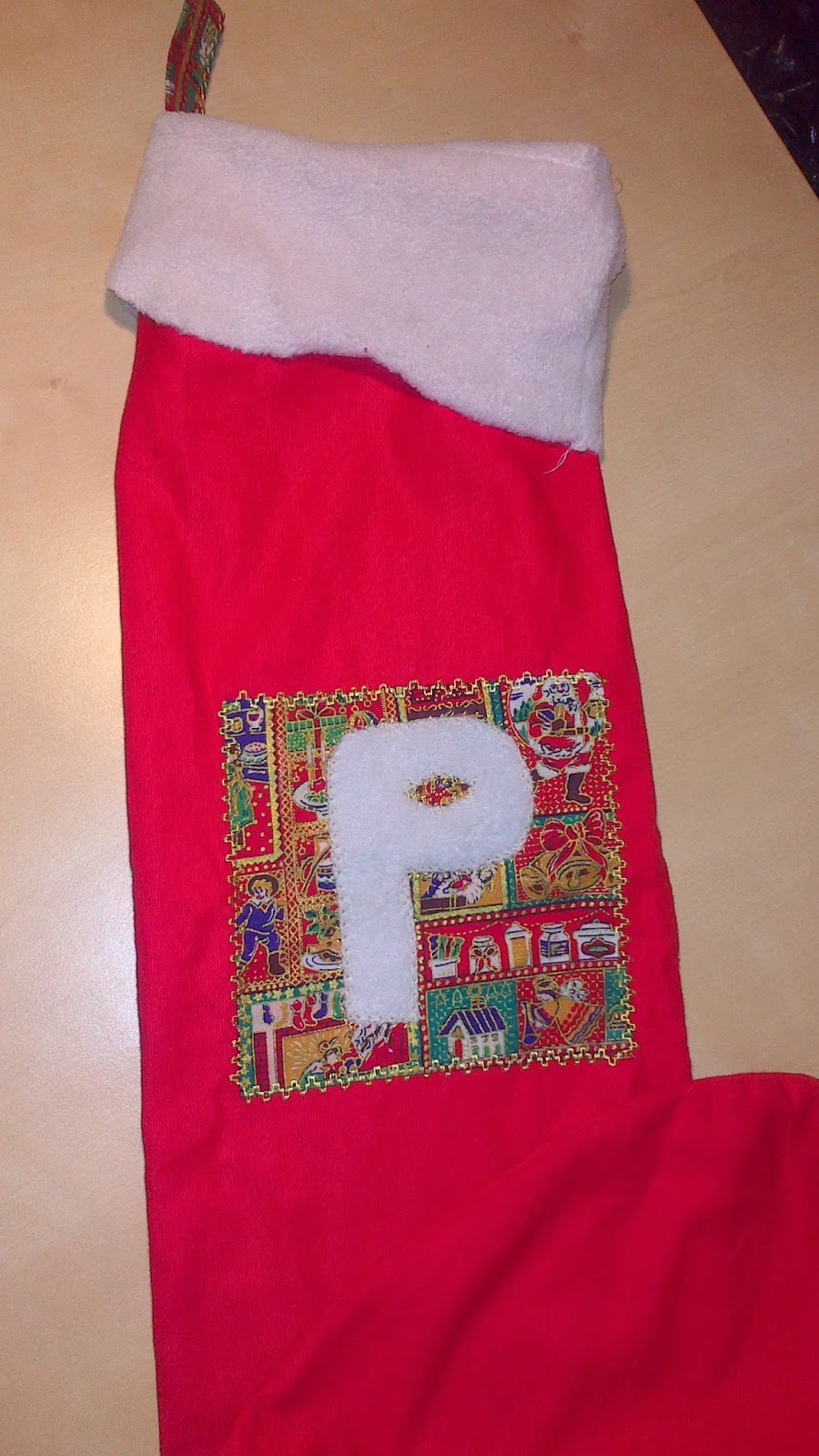 One conundrum leading up to the day was what to do about 'stockings'. Many years ago, Hannah made large stockings, one for each child. There were various ideas afloat about what to do with Padi's, all of which involved putting it to proper use. 'P' could stand for 'Papa', 'Parent(s)', etc. In the end it stood for 'Pidge' and I had the use of an extra one Ally bought. Rather abruptly last year I decided to switch from a 'mysteriously filled' stocking to a plan where anyone could put gifts in another's stocking. At least that opened the way for a 'secret Santa' approach this year which worked really well. I took to boys to Buyology while Ally (for me) and Moli (for Bo) did their shopping in Tiger, Oxford Street. I was getting for Moli, Ash for mum. Bo was delighted with some crazy crocodile slippers for Asher: an small air pump forced the mouth to open on every step. Sadly these have stopped working but even that provided an educational opportunity in returning a faulty item. Bo was surprised to find that Ash could legitimately retain the refunded money...
So the stockings were emptied and enjoyed and then we headed off to church where the Pastor gave a wonderfully Christ-centred message from Matthew 1:21,


And she shall bring forth a son, and thou shalt call his name JESUS: for he shall save his people from their sins.

It is wonderful to have a 'Saviour', not just a myth, a 'great man', a 'prophet' or the temporal-political leader that many Jews were waiting for. Humankind needs a Saviour who can save from sins. Sin is the scourge of humanity. Jesus wins our way back to God through his life, death and resurrection. The life of God installed in the soul of a person ennobles them, gives them an innate distaste for selfishness and fills them with hope and realism. Some have wondered if we set a place for Pads at the table. Last year he was barely well enough to come down for a brief visit to the dining room - even when he was still with us we rarely set him a place, he rarely ate with us. More than that though, we know where he is. After church we went in bright sunlight to visit the grave in Pantmawr cemetery where his body lies awaiting the resurrection. But the real Padi is with his Lord. I am not denying the very real grief felt by so many about Padi, but allow me to refer to David in 2 Samuel 12 which gives us his reaction to the loss of his firstborn son...


19 David perceived that the child was dead: therefore David said unto his servants, Is the child dead? And they said, He is dead. 20 Then David arose from the earth, and washed, and anointed himself, and changed his apparel, and came into the house of the Lord, and worshipped: then he came to his own house; and when he required, they set bread before him, and he did eat. 21 Then said his servants unto him, What thing is this that thou hast done? thou didst fast and weep for the child, while it was alive; but when the child was dead, thou didst rise and eat bread. 22 And he said, While the child was yet alive, I fasted and wept: for I said, Who can tell whether God will be gracious to me, that the child may live? 23 But now he is dead, wherefore should I fast? can I bring him back again? I shall go to him, but he shall not return to me.

So we miss Padi, but we also move on through time, with genuine anticipation we travel on towards him, and the 'armies of the ransomed saints'.
Heaven is still recruiting. If you can read this, it is not too late to apply. Nothing would make Padi happier than for you to join him where he is.


O then what raptured greetings
On Canaan's happy shore,
What knitting severed friendships up
Where partings are no more!

With very little fuss or stress we got stuck in to our Christmas dinner at 2:30pm and gratefully spent the rest of the day relaxing in various ways, including a viewing of 'Courageous', the latest movie from Sherwood Pictures. This entertaining film is freely available online (e.g. at cross.tv).
Since then we've been on the road visiting the beach on Boxing Day, Ally's side of the family on the 27th, and also enjoyed a night in a hotel where we stayed on after checking out to play a 3-hour 'Game of Life'.

Email ThisBlogThis!Share to TwitterShare to FacebookShare to Pinterest
Labels: Christmas

Interesting blog post. I always think about the wider implication of Christmas every year. The irony of everyone rushing to the shops and almost always forgetting the real reason that we celebrate Christmas.

We were able to enjoy a better Christmas than usual this year thanks to a little extra money from my income as a
Utilities Warehouse distributor.

Thanks for your interest and comment Jonathan. The latter arrived on the 6-month anniversary of Padi's passing into glory. I wish you have a very prosperous 2014, especially spiritually.